Above is a screen capture from Shadow Warrior, which came out in 2013. As u can see, there is not much of difference if u compare it to DOOM 3 from 2004, although DOOM 3 fence looks little bit better. 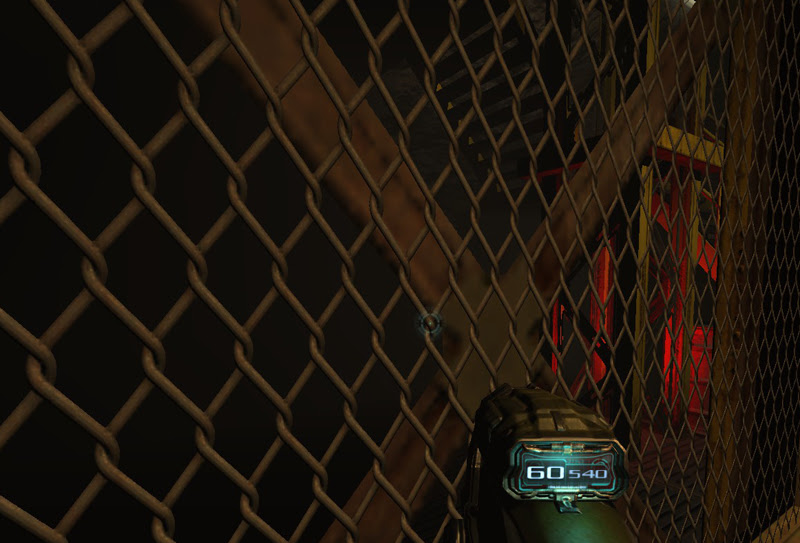 Both games are strictly scripted tube runs, with narrow 3d spaces. Still DOOM 3 manages to overrun 9 years later arrived Shadow Warrior. Reason might be that id Software has a long history in game development and graphics coding, and they had John Carmack, a modern day wonder of graphics programming.

Here is a sample why John Carmack is important.

On the other hand we have the developers of Shadow Warrior 2013, which are called as Flying Wild Hog and their engine The Road Hog Engine. Flying Wild Hog and their engine are pretty new in the game industry, while id Software Tech has been around since beginning of nineties. The Road Hog Engine can produce colourful renderings with basic visual effects. While playing Shadow Warrior 2013, u can see that the technology is not the best around, everything looks jelly or slimy rubber, no matter was it rock, water or jelly.